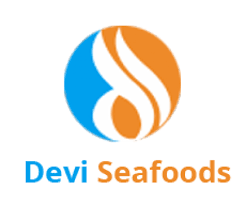 Devi Seafoods Limited is a leading producer of processed shrimp and shrimp feed headquartered in Visakhapatnam, Andhra Pradesh. For the fiscal year 2017, we were the second largest exporter of shrimps from India in value terms and we have also received awards from MPEDA (an authority under the Ministry of Commerce and Industry) for two consecutive years (fiscal years 2016 and 2017) for being the second largest exporter (in value terms) of seafood as well as for frozen shrimps from India (Source: CRISIL Research). We have a 25-year history in shrimp processing and sell processed shrimp with varying degrees of value addition to our customers, located primarily in the United States. Our major customers in the United States include foodservice distributors, restaurant chains, retailers and distributors, and warehouse chains. We sell processed shrimp products in the United States market through our wholly owned subsidiary in the United States, Devi Sea Foods Inc. (the “Subsidiary”), which was incorporated in 2005. In March 2016, we started the complementary business of manufacturing quality shrimp feed. Devi Seafoods Limited is an integrated player across the processed shrimp supply chain from shrimp seed production, raw shrimp procurement, processing, and overseas distribution to our customers. We procure raw shrimp primarily from aquaculture farmers across the east and west coast of India, and also produce small quantities of raw shrimp at our captive shrimp farms. We process raw shrimp into exportable “ready to eat” or “ready to cook” frozen forms at our processing facilities. We have two shrimp processing facilities located in Andhra Pradesh. As of December 31, 2017, the combined installed capacity of our shrimp processing facilities was 19,250 MT. 1. Devi Seafoods Limited is one of the largest seafood exporters from India, has been catering to its customer’s shrimp appetite for over two decades now. 2. Based in the state of Andhra Pradesh and located around shrimp farming center’s, has built competencies and harnessed them over the years, exclusively catering to farm-raised Black Tiger and White shrimps. It has been serving up shrimp in much raw and cooked value added verities. 3. Devi is as fully integrated seafood supplier with its own processing plant, aquaculture farms and shrimp hatchery, having control over its entire supply chain 4. Devi has always been in the forefront to embrace the latest technologies in processing shrimp to the global standards. 5. Company’s impeccable record in honoring commitments and supporting customers in the long-term

Review and Recommendation of

from our side is: Under Analysis. We'll update it soon here.