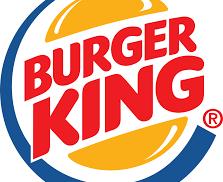 1. As the name itself suggests, Burger King is a specialized ‘Burger’ fast-food franchise. Burger King India is a fast-food franchise operating in various parts of India. It is one of the fastest-growing international QSR (Quick Service Restaurants) chains in India during the first five years of its operations based on the number of restaurants.

2. The globally recognized Burger King brand, also known as the “HOME OF THE WHOPPER®”, was founded in 1954 in the United States and is owned by Burger King Corporation, a subsidiary of Restaurant Brands International Inc., which holds a portfolio of fast-food brands that are recognized around the world that include the BURGER KING®, POPEYES®, and TIM HORTONS® brands.

3. The Burger King brand is the second-largest fast-food burger brand globally as measured by the total number of restaurants, with a global network of over 18,000 restaurants in more than 100 countries and U.S. territories as of June 30, 2019.

4. It has started operation in India with the first restaurant opened up in November 2014, with the aim of growing quickly, consistently, and efficiently into a pan-India QSR chain and capitalizing on the growing market opportunity in India for QSR restaurants. As of Dec 2019, they have 255 restaurants, including seven Sub-Franchised Burger King Restaurants, across 16 states and union territories and 47 cities across India.

What are the Master Franchise and Development agreements?

We all know the Burger King founding company is in the USA, and in order to expand its presence in India, it has signed the Master Franchise and Development Agreement with Burger King India Limited, which gives exclusive right to develop, establish, and operate and franchise the Burger King restaurants in India.

Under this agreement, Burger King India Limited Company is required to develop and open at least 700 restaurants (including Company-owned Burger King Restaurants and Sub-Franchised Burger King Restaurants) by December 31, 2026, which includes the following cumulative opening requirements for calendar years 2019, 2020, 2021 and 2022, subject to a six month cure period if the Company has achieved at least 70% of the difference between such target and the total number of Burger King restaurants opened in India on December 31st of the prior development year.

Cost of setting up a Burger King company-owned Restaurant?

The total cost of setting up is ~2.8 Crores.

So, to open new ~115 more restaurants up to 2022, they will be needing around ~322 Crores. The company is raising close to 270 Crores from the IPO and the rest money they have to arrange from internal accrual or from debt.

However, as per the agreement, at any point in time, the Burger King company-owned restaurants should not be less than 60%.

We all know that due to COVID-19, the lockdown was imposed in our country, which has badly impacted the business of the burger king and put a high strain on the liquidity position of the company. To make availability of liquidity to sustain the operations of the business;

1. Burger King India Limited has raised 58 Crores from promoters by issuing shares at Rs.44 in May 2020.

2. They have access to 29 Crores of liquidity on term loan from ICICI bank.

3. They have also engaged in rent relief negotiations with all the landlords and arrived at negotiated agreements with respect to reductions in rent.

Objects of the Burger King IPO:

IPO is the combination of Fresh Shares and OFS. 1. Burger King India is raising 450 Crores from investors and will be utilized for the following purpose. a) Repayment of debt = 162 Crores b) Capital expenditure for setting new restaurants = 270 Crores. 2. OFS of 6,00,000,00 shares by QSR ASIA PTE. LTD, the promoter of the company.
DRHP of Burger King IPO
RHP of Burger King IPO

QSR Asia Pte. Ltd. - Holding Company is the promoter of the company. QSR Asia Pte. Limited is operated by Everstone, a Private Equity Fund operating from Singapore. Founded in 2006 by Atul Kapur and Sameer Sain, Everstone has since emerged as a market leader. With a large institutional platform and a team of over 350 experienced professionals based in Singapore, India (Mumbai, Delhi, Bengaluru), London, New York, and Mauritius, the firm manages assets in excess of US$5 billion across private equity, real estate, green infrastructure, and venture capital. In 2013, Everstone hired STEER Partners to introduce it to fast food players in Europe and the US, and talks with the parent company, Burger King Holdings Inc, began. That very year, the two firms agreed to enter into a joint venture to enable Burger King’s foray into India. It was a win-win situation for both parties. Everstone, with its keen eye on real estate, helped the chain identify prime locations far more easily, and used its relationships with mall developers to get Burger King in.

IZ View: a) Revenue: The Company has increased its revenues from INR 140 crores in FY 15-16 to INR 842 crores in FY19-20. A stellar CAGR of 43% for the past 5 years. The company has doubled its revenue in the past two years! b) Net Profit (Loss): The company is still in the ‘investment’ and ‘expansion’ phase. The company is still making losses because of advertising expenses, increasing brand awareness, and opening up new stores. c) EBITDA for the year FY 2019-20 is INR 106 crores. Nevertheless, the company has turned positive in ‘Net operating Cash Flow’ in FY 19-20. d) EV(Post IPO)= 2300Cr (At a price of 60) e) EV/EBITDA = 21 (which is half of Jubilant Food).

They are competing primarily with international QSR chains operating in India, such as McDonald's, KFC, Domino’s Pizza, Subway, and Pizza Hut, as well as local restaurants in the QSR segment.

Review and Recommendation of InvestorZone are 4/10 Pros: 1. The company has shown excellent growth in the last 5 years. The revenue has gone up from 140 Crores in 2016 to 842 Crores in 2020. 2. The demand for fast food in India is growing very fast as urban youth are inclined to such junk-food whenever they go for outings and all. 3. Burger King is a known global brand in the world. 4. Asking EV/EBITDA is quite reasonable as compared to a listed player like Westlife that has MacD as a brand and Jubilant Foods which owns Dominos. Cons: 1. The issue size is 810 Crores. Out of which only 10% is reserved for Retail investors. So very tough allotment for Retail investors. 2. The Westlife that own Macd has not shown any growth in share value in the last 6 years. And the bottom line has not moved anywhere in the last 10 years. 3. Competition from local food companies supplying burger is huge. Plus healthy option in a burger like Subway can give tough competition.

Another UC for burger king…

Thanks MW sir for reply 56.

Congrats 🎈🎈 all the allottees.

I think one should book the partial profit now…

I bought wipro at 345 to give it for buyback. Should I exist and buy burger King?

At Market wizard sir,
Hold or bookprofit on listing

Applied as HNI for 11 lakh, still 0 allotment, i thought it will be proportional allotment. Can someone explain how hni allotment works?

Out or 3 Applications/PAN none got allotment.

At what time, allotment will be done? any information

Tomorrow after 10 AM only.

https://linkintime.co.in/MIPO/Ipoallotment.html
Finalisation of basis of allotment of berger king is today.

HNI subscription expected to be around 300-400x.

300x subscription means, to get one lot of 15k in HNI category, the HNI have to put minimum application of 45 lakh.

Now, suppose HNI borrowed this money. Let us say 7% is the interest rate for 8 days of funding.

This stock can surprise us all. Strong listing on cards.

What is this bro.. issue price is 60 but how r u getting at this cheap price

It is grey mkt premium

What should be the expected listing gain of birgerking ipo? Any can give idea?

Greetings, we would like to invite you to the Virtual Brokers and Analyst Conference of Burger King India Limited, to announce about their forthcoming IPO, scheduled for tomorrow, November 27, 2020, at 4:00 PM.

Please click on the link below to attend the Virtual Brokers and Analyst Conference:

Jubilant Food has an EV/EBITDA of 45.

2. In May-2020, Burger King India has issued ~1.3 Crores shares to promoter to raise money for day to day operations affected badly due to CORONA.

What is BK AsiaPac Pt. Limited?

BK ASIAPAC, is an ACRA-registered entity that has been operating for 14 years 7 months in Singapore since its incorporation in 2006.

How much BK Asiapac earns from each Burger King Restaurant in India?

2. Every month Burger King India needs to pay a royalty of 2.5-5% on sales, depending on the opening date of the restaurant.

Royalty is being paid to use the brand name of Burger King to promote the business in India. Like Jubilant Foods also pay royalty, for using the name of American Company Dominos.

The company has issued 1.32 Crores shares to the investors at Rs. 44 per share in the Pre-IPO and raised 58 Crores.