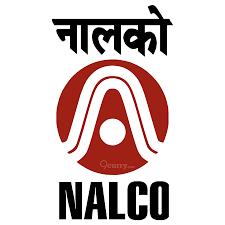 (i) National Aluminium Company Limited (NALCO) is a Navratna CPSE under Ministry of Mines. It was established on 7th January 1981 in the Public Sector, with its registered office at Bhubaneswar. The Company is a group ‘A’ CPSE, having integrated and diversified operations in mining, metal, and power with a sales turnover of Rs 9,376 crore in the financial year 2017-18. Presently, Government of India holds 56.59% equity of NALCO.

(ii) NALCO is one of the largest integrated Bauxite-Alumina-Aluminium- Power Complex in the Country. The Company has a 68.25 lakh TPA Bauxite Mine & 21.00 lakh TPA (normative capacity) Alumina Refinery located at Damanjodi in Koraput district of Odisha, and 4.60 lakh TPA Aluminium Smelter & 1200MW Captive Power Plant located at Angul, Odisha. NALCO has bulk shipment facilities at Vizag port for the export of Alumina/Aluminium and import of caustic soda and also utilizes the facilities at Kolkata and Paradeep Ports. The Company has registered sales offices in Delhi, Kolkata, Mumbai, Chennai and Bangalore and 9 operating stockyards at various locations in the Country to facilitate domestic marketing.

(iii) The Company is the lowest-cost producer of metallurgical grade alumina in the World as per Wood McKenzie report. With sustained quality products, the Company’s export earnings accounted for about 43% of the sales turnover in the year 2017-18 and the Company was rated 3 rd highest net export earning CPSE in 2016-17 as per Public Enterprise Survey report. With its consistent track record in capacity utilization, technology absorption, quality assurance, export performance and posting profits, NALCO is a bright example of India’s industrial capability.

(iv) NALCO is the first Public Sector Company in the country to venture into the international market in a big way with the London Metal Exchange (LME) registration since May 1989. The Company is listed at Bombay Stock Exchange (BSE) since 1992 and National Stock Exchange (NSE) since 1999. Besides, ISO 9001, ISO 14001, OHSAS 18000 & SA 8000 certifications, the Company has also adopted ISO 50001 standards for Energy Management System.

The Board of Directors of the Company Approved the proposal to Buyback of not exceeding 67,311,386 Equity shares at a price of Rs.75 (Rupees Seventy Five only) per equity share (the “Buyback Offer Price”) of face value Rs.5 each, payable in cash for an aggregate consideration not exceeding Rs.504.84 crores.

1. Firstly, to be eligible for the buyback the investor should have shares of NALCO Buyback offer 2018 in demat or physical form as on the record date [26.10.2018] 2. Once you have shares in demat, you can participate in the buyback process which is opening from [13.11.2018 to 28.11.2018] by selling your shares through your broker on NSE or BSE. 3. Then on [05.12.2018], the payment will be given to you for accepted shares and unaccepted shares will be returned to your demat account.

The final Acceptance ratio is available at below link :

The final acceptance ratio is close to 53%.

Anybody is having Letter of Offer of NALCO.

Surprisingly good profit. 52% and share price has not corrected.

Good Response received 22,314 bids. So chances of higher acceptance than 25% are less.

The acceptance would be on the number of shares you tendered and not which you have in your demat.

What is the process of NALCO buyback offer?

Please go through the procedure below:
https://investorzone.in/how-to-apply-buyback-in-india/

what would be the price of NALCO after buy back. will it achieve Rs.100/-

When did u buy shares?

Nhpc board meeting on 14 November for buyback

Poor entitlement but the good thing is stochastic price has not crashed.

How can I invest

The Ratio may be got higher if shares price moves closer to buyback price in coming days.

Which stock are we talking about? NLC OR NALCO?

Ur view on this sir

Any guess abt acceptance ratio