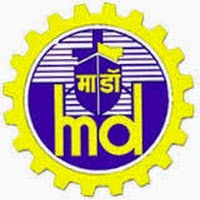 (i) The Company is owned by the Government of India and is operating under the administrative control of the Ministry of Defence, Department of Defence Production. The Company was conferred the ‘Mini-Ratna’ status in 2006, by the Department of Public Enterprises.

(ii)They are a defense public sector undertaking shipyard under the Department of Defence Production, MoD with a maximum shipbuilding and submarine capacity of 40,000 DWT engaged in the construction and repair of warships and submarines for the MoD for use by the Indian Navy and other vessels for a commercial client.

(iii) The business divisions in which the company operates are:

The shipbuilding division includes the building and repair of naval ships. They are currently building four P-15 B destroyers and four P-17A stealth frigates and undertaking repair and refit of a ship for the MoD for use by the Indian Navy.

(b) Submarine and heavy engineering

The submarine and heavy engineering division include building, repair, and refits of diesel-electric submarines. They are currently building/ in the process of delivering four Scorpene-class submarines under a transfer of technology agreement with Naval Group as well as one medium refit and life certification of a submarine for the MoD for use by the Indian Navy.

Since 1960, they have built a total of 795 vessels including 25 warships, from advanced destroyers to missile boats and three submarines. They have also delivered cargo ships, passenger ships, supply vessels, multi-purpose support vessels, water tankers, tugs, dredgers, fishing travelers, barges, and border outposts for various customers in India as well as abroad.

The Company has posted profits continuously in the last four Fiscals.

The promoter is the President of India acting through the MoD. The Promoter along with its nominees, currently holds 100% of the pre-Offer paid-up Equity Share capital of the Company.

Review and Recommendation of InvestorZone are 5/10. Pros: 1. The company is a direct beneficiary of the "Make In India" initiative in defense projects. 2. Strong order book of 54000 Crores. 3. Reasonable valuation. Almost similar to what we are getting in Cochin Shipyard. 4. The company was incorporated as a Private Limited Company in 1934 and in 1960, taken over by the government of India. So, they have rich experience in defense projects, especially for the Navy. 5. Strong GMP, means good listing is expected. Cons: 1. The new DPP Policy where private players are seen as a strategic partner to build defense capabilities will increase competition for Mazagon, which until now enjoying the monopoly. Recently, the Govt. of India has also increased the FDI limit from 49% to 74% via the automatic route. This will also increase competition from global players. 2. Cochin Shipyard, peer to Mazagon, in 2017 came up with an IPO at Rs. 434 and currently, trading at 317. So, the peer hasn't performed well on bourses, despite excellent performance in top-line and bottom-line in the last 3 years. This shows that the market is not ready to give value, especially to PSU companies. 3. EBITDA from the business is just 5% in the FY19-20. Other Income, which is mainly interest income from bank deposit helps the company to get a good bottom line. Else from the core business, the company margins are very less.

All the best for tomorrow’s listing.

Can I stay long time investment

Applied for 5 lot’s allotted zero but amount was still blocked!

Be careful on Monday. Lot of selling pressure will come from HNIs.

allotment out..applied 2 got 0 ..and losing streak continues..and got uti which is supposed to have negative listing..destiny

Allotment is still not out!

Can I know on yr site regarding allotment of shares of IPOs?

Should we apply considering subscription figure till now?

The road ahead is tough for Mazagon Dock.

1. The MOD has recently released a new draft on Defence Production Policy 2018. The FDI limit has also recently been increased to 74% via the automatic route.

2. The aim of these policy changes is to make the Defence sector competitive under the “Make in India” initiative. This will allows private players to bid for the defense projects.

3. Until this, Mazagon Dockyard was getting a significant portion of the order book on a nomination
basis. However, from hereon, to get new projects they have to go for a competitive bidding process.

2. Order Book currently comprises of building and construction of four ‘P-15B’ destroyers, four ‘P-17A’
stealth frigates, repair and refit of a ship, four Scorpene-class submarines, and undertaking the medium refit and life certification of a submarine for the Indian Navy.

Mazagon Dockyard at present building six Scorpene-class submarines with technology transfer from the French shipbuilding behemoth Naval Group, formerly known as DCNS, under the P75 programme. The first submarine, out of the six, is scheduled to be delivered to the Navy next month. Deliveries of all the submarines under the Scorpene project is expected to be completed by 2020.

100% Shares of the company is with President of India. The offer is Pure OFS vide which Govt of India is diluting its stakes up to 2.241 Cr Equity Shares. The total outstanding Equity Shares before the issue were 22.41 Cr and it will remain the same as it is a pure ofs.

(i) The company is having a fairly good order book position at present with two frontline warship
projects comprising of four Frigates and four Destroyers and one submarine project comprising of
six Scorpene class submarines.

(ii) The company has a vast repository of legacy data pertaining to shipbuilding and submarine
construction. A highly valuable Technical Information Centre(TIC) is existing within the company
premises.

(i) The real estate availability of the company is limited to 75 acres, which restricts operations of
large-scale shipbuilding.

(i) Indian Navy requires a large number of frontline warships to meet the required force levels. This
affords good business opportunities for shipbuilding companies across the country, including the
Mazagon Dockyard.

(ii) The company can facilitate the ‘Make In India’ initiative promulgated by the GoI, for some of
the critical ship-borne systems/ equipment in close liaison with OEMs.

(i) The Defence procurement procedure adopted by the Government of India, which focuses on “Make Indian. Buy Indian”, has encouraged the domestic private sector to invest and participate in defence production. The company will have to prepare for an era beyond the “nomination” era as private sector shipbuilders would like the government to introduce competitive bidding for warship building. The new Defence Procurement Procedure promulgated by the MoD also encourages private sector participation in the acquisition of defense assets.

(ii) Stiff competition from established foreign players. There is stiff competition from various private sector shipyards in the international markets such as China, Japan, and South Korea. Based on their stronger market positions, competitive labor cost, government supports and larger production capacities, these shipyards may compete vigorously on price.