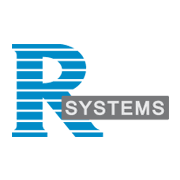 They were incorporated in 1993 as a software consulting firm in the United States. With a focus on delivering quality to all customers, they started the India operations in 1997, by setting up our offshore software development center in Noida, India.

They received strategic investments from Intel Capital and GE Capital in 2001 and 2002. With a backdrop of successful response from ISVs, they underwent a massive transformation in 2006. From offshore software Development Company to global outsourced product Development Company, they revisited their business focus. The remarkable acquisitions at that time included Pune-based Indus Software and Singapore-based ECnet.

During this phase, they strengthened their serviceability by aligning mature quality assessments like CMMI Level 5, ISO: 9001: 2008, PCMM Level 5, and Six Sigma certifications. They also added US-based Web Converse & Europe-based Sento in their list of acquisitions and became a listed member on National Stock Exchange (NSE) and Bombay stock Exchange (BSE)

RS System has approved the proposal for Buyback of Equity Shares of the Company of upto 1,333,000 (Thirteen Lakhs Thirty Three Thousand) fully paid-up Equity Shares of Re. 1/- each of the Company (representing 1.11% of the total number of equity shares in the paid-up share capital of the Company) at a price of Rs. 225/- (Rupees Two Hundred Twenty Five only) per equity share (hereinafter referred as “Buyback Price”) payable in cash for an aggregate consideration not exceeding Rs. 299,925,000 (Rupees Twenty Nine Crores Ninety Nine Lakhs Twenty Five Thousand only) (hereinafter referred as “Maximum Buyback Size”), representing 8.73% and 7.64% of the total paid-up equity share capital and free reserves as per the audited standalone and consolidated balance sheet of the Company as on December 31, 2020, respectively, from all existing shareholders of the Company on the record date determined by the Board of Directors i.e. Friday, August 27, 2021, on a proportionate basis through “Tender Offer” route.

1. Firstly to be eligible for the buyback the investor should have shares of R Systems Buyback 2021 in demat or physical form as on record date [27.08.2021] 2. Once you have shares in demat, you can participate in the buyback process which is opening from [20.10.2021 to 01.10.2021] by selling your shares through your broker on NSE or BSE. 3. Then on [11.10.2021], the payment will be given to you for accepted shares and unaccepted shares will be returned to your demat account.

Review and Recommendation of R Systems Limited Buyback 2021 by IZ team is: 4/10

[Currently the expected ER is around 5-6% . The good part is the record date is near i.e. 27.08.2021. The stock may move to 225 level as we approach near the record date. If that happens, the AR will be improved significantly. The results of the company for FY20-21 are very good.]

Final AR is more than 87.83%. Earned reasonably overall good profit in the shares of R SYSTEMS.

351/400 Accepted for buy back. I rec’d contract note from broker.
AR is better than expected.

I received the amount also.

I haven’t received money in my bank account earlier my bank was united bank of India now it’s changed to pnb bank is that the reason my money is stuck ? What’s the procedure I need to follow. I also got mail yesterday from Zerodha that buyback is accepted. Please help

In case it is found impossible to credit the amount to the beneficiary account, the amount will be credited to the account of the broking agent. This might’ve been happened. You may contact over phone/ mail/ in person if within the same station.

Sold some shares @224/-. I will render the balance of shares for buyback depending upon the situation n price. Thank you.

Selling price @Rs.212/- is quite a reasonable one. If you can sell the unaccepted shares @ not below Rs.215/, it serves the purpose of the buyback of shares. Best of luck and happy investing. Thank you.

Already opened for both the companies.

Can we purchase at price 195 for buyback ? It is advisable ? Pl. Guide.

PS Sir/ Madam,
Though I am not having much experience in this regard, I am learnt that the company is a good one and you will definitely be benefitted in the process of buyback. Please go for it.