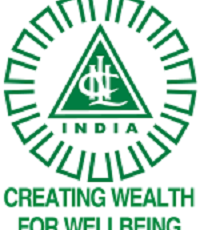 (i) NLC India Limited, formerly Neyveli Lignite Corporation Limited, was incorporated on 14th November of the year 1956 as a private limited company under the house of Government of India (GOI). It went to public on 7th March of the year 1986.

(ii) The main core activity of NLC is lignite excavation and Power Generation using lignite excavated. NLC is having three lignite mines of the total capacity of 28.5 Million Tonnes per Annum at Neyveli, Tamil Nadu and one open cast lignite Mine of capacity 2.1 Million Tonnes per Annum at Barsingsar, Rajasthan. The company has five pithead Thermal Power Stations with an aggregate capacity of 3240 MW.

(iii) Further, NLC has also so far installed 17 Wind Turbine Generators of 1.50 MW each, aggregating to 25.5 MW, thereby increasing the overall power generating the capacity to 3265.50 MW. NLC forayed into renewable energy sector with the inauguration of a 10 MW Solar Photo Voltaic power plant in Neyveli, thereby increasing the overall power generating the capacity to 3275.50 MW. (iv) Interesting facts about NLC India Limited (a) A NAVRATNA company under the Ministry of Coal. (b) since 1956 – more than 60 years of its glorious existence. (c) Present Mining Capacity: 30.6 MTPA ( Lignite ). (d) Present Power Generation Capacity (including JVs) : 3240MW (Lignite), 1000MW (Coal), 440MW (Solar), 51MW (Wind), Total : 4731MW. (e) Projected Capital Expenditure (up to 2025) : Rs.1,28,983 Crore with a debt-equity ratio of 70:30. (f) Moved from an only lignite mining and power generation Company to become an energy company.

The Board of Directors of the Company Approved the proposal to Buyback of not exceeding 141,931,818 Equity shares at a price of Rs. 88 (Rupees Eighty-Eight only) per equity share (the “Buyback Offer Price”) of face value Rs.10 each, payable in cash for an aggregate consideration not exceeding Rs. 1248.99 crores.

1. Firstly, to be eligible for the buyback the investor should have shares of NLC India Limited Buyback offer 2018 in demat or physical form as on the record date [24.10.2018] 2. Once you have shares in demat, you can participate in the buyback process which is opening from [13.11.2018 to 28.11.2018] by selling your shares through your broker on NSE or BSE. 3. Then on [04.12.2018], the payment will be given to you for accepted shares and unaccepted shares will be returned to your demat account.

Congrats to the Participants… 100% Acceptance Ratio.

The price spiked up as the buyback was announced. However, even if somebody bought the share on 10.10.2018( the next day of announcement) at Rs. 81, the total gain is close to 8%.

Acceptance seems to be coming 100%…
Good buyback, although not much gain in %age…

What is acceptance ratio ? does anyone knows ?

Considering, even if 70% (which is very unlikely, as normally 50% do) retail apply for buyback. the acceptance would be 100%.

Buyback is open from Today i.e. 13th? as stated above?

Have anyone received buyback offer for NLC India? I mean the email for eligibility?

i think only two website provide buyback latest information.
1. MARKETBHAI.COM
2. INVESTORZONE.IN
THANX BOTH OF U

Acceptance Ratio Calculation:
No. Of Shares Reserved for Reatil= 2.83 CR
As per Sept 18 shareholding pattern, the number of investors having shares up to 2 Lacs of paid-up Capital is close to 15 CR.
As per the above figure, the Acceptance Ratio would be 18%

Is this for NLC

Subject: Outcome of the meeting of Board of Directors of the Company held on Friday,
October 12, 2018

The proposal to buyback not exceeding 67,3 I 1,386[Six Crores Seventy Three Lakhs Eleven
Thousand Three Hundred and Eighty Six on/y]equity shares of Rs. 5/- each of the
Company(representing 3.48% of the total number of equity shares in the paid-up share capital
of the Company) at a price of Rs. 75/- (Rupees Seventy Five only)

Don’t Jump to buy immediately!!
It’s already up and market is very good today!!
May be good at Rs 72-76/- and possible in 2-3 days..
I would buy in staggered from 78 towards downside.

So what is the way left for the govt?

The answer is the buyback.

The question is How?

The Govt is now targeting cash-rich PSU companies, meeting their board members and convincing their board to bring buyback. The govt will participate in the buyback and money received via buyback will be used to meet the target of disinvestment.

Now you all must have got the answers why so many PSU companies are suddenly coming up with so may buybacks.

Action of current govt is not investors friendly.. See some of decisions:
1) Introduction of Long Term gain tax
2) Soveriegn Gold bond sold at such a high rate that the sale rate never achieved again even though actual gold price has crossed
3) Most govt sector IPOs has been highly priced
4) In buyback also, prices are being kept like no one can think of..

So, investors, beware of this govt decisions and do not rush to govt companies buyback immediately.