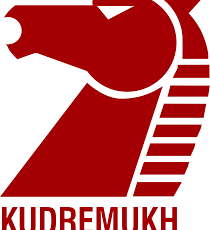 KIOCL Limited, a flagship Company under the Ministry of Steel, Government of India, with Mini Ratna status was formed in 2nd April 1976. The country’s prestigious Export Oriented Unit having expertise in Iron Ore Mining, Filtration Technology & Production of high quality Pellets has its Corporate office at Koramangala, Bangalore & Pelletization Complex at Mangalore, the coastal city of Karnataka.

The annual capacity of the Pellet Plant is to produce about 3.5 Million tons of Iron ore Pellets. Other facilities include Reclaimer to load Pellets directly from Stockyard to vessel. Pellets produced at the Mangalore Plant have excellent metallurgical properties and are an ideal feed for Blast Furnace and DRI Units.KIOCL has to its credit ISO 9001:2008, ISO 14001:2004 & OHSAS 18001:2007 certifications.

KIOCL has dedicated and experienced senior level staff having more than 25 years of experience in Operation and Maintenance of Beneficiation and Pelletization Plant. KIOCL has already entered into several O&M works across India. It has entered  O&M contract with NMDC for Iron Ore Beneficiation and Pelletization Plant, O&M contract with M/s Orissa Mining Corporation (OMC) to operate and manage 1.4 MTPA Chrome Ore Beneficiation plant at Kaliapani Odisha and had Operated Coke Handling System(Crusher Conveyors) of M/s MRPL, Mangaluru.

Under the Make in India initiative of Government of India, KIOCL produced high grade Pellets out of imported high-grade ore procured from Brazil and exported.

In order to support and participate in the National Policy on Skill Development of Govt of India, KIOCL has entered into MoU with National Skill Development Corporation and Quess Corporation Ltd an approved NSDC Partner, which envisages conducting training programme for employees, contract workers, local youth, women and disadvantaged groups and employees of other establishments including CPUs on their behalf.

Buyback of not exceeding 1,41,74,469 fully paid-up equity shares of face value of Rs 10each at a price of Rs. 110/-(Rupees One Hundred Tenonly) per equity share payable in cash for an aggregate consideration not exceeding Rs. 155.92 Crores (the “Buyback Offer Size”) representing 8.25% of the aggregate of the fully paid-up equity share capital and free reserves asper the audited standalone financial statements of the Company for the financial year ended March 31, 2020.

1. Firstly, to be eligible for the buyback the investor should have shares of KIOCL Buyback 2020 in demat or physical form as on record date [30.10.2020] 2. Once you have shares in demat, you can participate in the buyback process which is opening from [01.12.2020 to 14.12.2020], by selling your shares through your broker on NSE or BSE. 3. Then on [Not Announced] the payment will be given to you for accepted shares and unaccepted shares will be returned to your demat account.

No arbitrage is available in the buyback as Current Market Price is more than buyback price.

They are clearly trying to bring the price below 100 or what.This is clearly a way for GOI to take out money from KIOCL reserves as retail will be 0% this time and promoter will oversubscribe in midst of it the share price and attractiveness will take a beating and the retail will suffer as usual.They should delist this share and finally be done with this type of irritable buyback drama.

Market wizard,
I was not sure if it would have been added in investor zone…
Only 0.47% shares with retail and 99.06% with promoters i.e. Govt of india.

The issue last time was that buyback price was much much lower than market price.

I would wait for the %age, rate and type of buyback process..