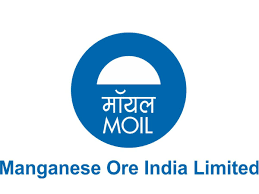 MOIL is a Schedule “A” Miniratna Category-I Company. It was originally incorporated as Manganese Ore (India) Limited in the year 1962. Subsequently, a name of the Company was changed from Manganese Ore (India) Limited to MOIL Limited during the financial year 2010-11. MOIL was originally set up in the year 1896 as Central Province Prospecting Syndicate which was later renamed as Central Provinces Manganese Ore Company Limited (CPMO), a British Company incorporated in the UK. In 1962, as a result of an agreement between the Government of India and CPMO, the assets of the latter were taken over by the Government and MOIL was formed with 51% capital held between the Govt. of India and the State Governments of Maharashtra and Madhya Pradesh and the balance 49% by CPMO. It was in 1977, the balance 49% shareholding was acquired from CPMO and MOIL became a 100% Government Company under the administrative control of the Ministry of Steel. MOIL Ltd(BSE: 533286 | NSE: MOIL ) Board has approved a proposal for buyback of up to 87.66 lakh shares at Rs 240 per share, aggregating Rs 210.4 cr which is 3.29% of a total number of paid-up equity shares.

The Board of Directors of MOIL Limited on February 5, 2018 passed a resolution to buyback Equity Shares of the Company not exceeding 87,66,720 (Eighty Seven Lakh Sixty Six Thousand Seven Hundred Twenty) fully paid-up Equity Shares of face value 10 each from all the existing shareholders / beneficial owners of Equity Shares of the Company as on Record Date, on a proportionate basis, through the “Tender Offer” process, at a price of 240 (Rupees Two Hundred Forty only) per Equity Share payable in cash, for an aggregate consideration not exceeding of 210,40,12,800 (Rupees Two Hundred Ten Crore Forty Lakh Twelve Thousand Eight Hundred only).

Source of funds for the Buyback:

1. Firstly to be eligible for the buyback the investor should have shares of MOIL Limited in demat or physical form as on record date [20.02.2018]. 2. Once you have shares in demat, you can participate in the buyback process which is opening from [07.03.2018 to 20.03.2018] by selling your shares through your broker on NSE or BSE. 3. Then on [25.03.2018], the payment will be given to you for accepted shares and unaccepted shares will be returned to your demat account.