HomeBlogsBlogDon’t fall for P/E and ROE?

Don’t fall for P/E and ROE? 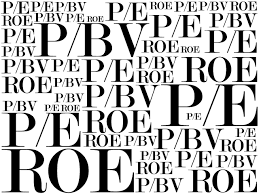 It is a usual practice for a retail investor to rely on P/E and ROE to compare companies. However, there is something missing in between. Let us dive into it so that we won’t fall prey to it.

Suppose two businesses A and B start their journey into Phone manufacturing both needing 1Lakh investment.

So on prima-facie the typical retail Investor who wants to invest would go for A rather than B as later being cheap overlooking debt which is more in A in comparison to B. The choice can’t be questioned till problem comes in business.

Now Imagine, If after two years the slowdown comes in mobile business. The revenue will go down for both but A being more on debt will have to bear impact of Finance cost more in comparison to B and it may falls early if conditions wont improve.

Conclusion: While comparing same businesses always look for P/E and ROC in relation with Debt in the books as well. The one such typical tool to measure valuation which considered debt as well is EV/EBITDA.