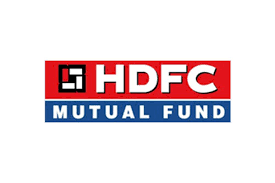 Here is what brokerage houses had to say on HDFC AMC IPO (HDFC Mutual Fund IPO) which is open on 25th of July and closing on 27th of July 2018:

Prabhudas Lilladher With the investments behind them, the cash generation is so strong that we have seen a consistent increase in pay put ratios going forward. HDFC AMC is faced with a delicate scenario as they generate strong free cash with consistently increasing payout ratios, we believe the stock is a must in any portfolio. Subscribe with a long-term objective.

Geojit Research At upper price band of Rs 1,100 the issue is valued at FY18 P/E of 32x and 8 percent of AUM which we believe is justified on account of favourable view on HDFC’s brand, higher mix of high-margin equity assets than the industry average, consistent return on equity (RoE) of 40 percent in the recent past work in the company’s favour. It is the most profitable player in India’s mutual fund space. We recommend ‘Subscribe’ to the issue with a long term perspective.

Centrum Wealth Research We have given five out of five rating to the issue. At higher end of the price band of Rs 1,100, issue is priced at 10.8x its FY18 book value. While this is higher compared to its only listed peer – Reliance Nippon Life AMC (RNL AMC) which is trading at 5.8x; the high RoE of 33.4 percent versus 22.8 percent of RNL AMC, 19 percent PAT CAGR, highest market share and higher component of equity in aggregate AUM, justify the valuation. Given the healthy financials, strong parentage, vast distribution network along with operating efficiencies (cost-income ratio at 42 percent), the company is likely to retain its leadership position and yield higher profits. Hence, we suggest this IPO to investors with ‘High Conviction Subscribe’ rating.

Way2Wealth Brokers HDFCAMC has grown its AUM at a CAGR of around 26 percent from FY14 to FY18 and Revenue/EBITDA/PAT at 20/19/19 percent during the same period. With net financial savings as a percentage of household savings on the rise (42 percent in 2017 as against 31 percent in 2012) coupled with increasing preference towards Shares and Debentures in gross financial savings basket (10 percent in FY17 as against around 2 percent in 2012), we believe HDFCAMC is well poised to capture the increasing trend of financialization of savings and Mutual Funds being a preferred vehicle within gross financial savings. Further, with higher mix of equities in the AUM compared to Mutual Fund industry, dominant no. 2 player in terms of AUM, no. 1 in terms of profitability, high operating leverage and strong parentage we believe HDFCAMC is well poised to grow its profits multi-fold in the coming years. At a price band of Rs 1,095-1,100, the asking valuation for HDFCAMC is 8.0 percent of AUM at the upper end. Reliance AMC currently trades at 5.9 percent of AUM. We believe the premium valuations of HDFCAMC are justified on account of higher share of equities (higher yielding products) in the AUM, higher historical AUM and profit CAGR, higher ROE and strong parentage. We recommend investors to Subscribe to the issue.

KR Choksey HDFC AMC is one of the largest AMCs in India with a strong performance track-record. A well thought-out strategy of pursuing equity-oriented AUM has helped the company consistently deliver ROE of more than 40 percent over the last 5 years while pursuing overall AUM CAGR of 26 percent over FY13-18. Growth has been backed by a strong and expanding distribution channel and strong fund performance (equity-oriented funds have delivered around 17 percent (simple) average annual return since inception). Amongst the top 5 AMCs, HDFC AMC holds the highest share of revenues and PAT (as of FY17). The company is also backed by a strong management and investment team. Key management personnel longevity also lends comfort (KMP has been associated with the company for more than 13 years). At the upper price band of Rs 1,100 per share, the issue is valued at 31.4x FY18 EPS of Rs 35. The only other listed comparable is Reliance Nippon Life AMC which is currently trading at 26x FY18 EPS (of Rs 8.5). Given the AMC’s performance track-record, industry positioning and its association with a highly reputed brand name, i.e., HDFC, we believe the valuation is justified. We recommend Subscribe.

SPA Securities HDFC AMC has a market share of 13.7 percent (2nd largest) as on FY18, and is the most profitable AMC in India since FY13. It’s Revenue/EBITDA/ PAT has grown at a CAGR of 19.8/17.8/20.2 percent from FY15 to FY18 respectively. We believe favorable demographics, low penetration, under-representation of MFs as an asset class and deepening bond market will help the AMC to grow at a robust pace. Also, company specific levers such as superior and diversified product mix distribution, focus on individual customers, consistent profitable growth, trusted brand and strong parentage and experienced and stable management and investment teams will help in maintaining a RoE of around 40 percent on sustainable basis (41.7 percent average ROE for last 3 years). At the upper price band of Rs 1,100, HDFC AMC is valued at 7.99 percent of AUM as on FY18 and 32.3x FY18 P/E. We recommend Subscribe to the issue with a long-term perspective.

Mehta Equities We believe Investors are getting best opportunity to invest in the industry leader at a reasonable price. Assuming Indian Mutual Fund Industry is in focus and expecting higher inflows going forward and with low penetration levels will support growth in AMC business in the long run. Considering the higher concentration level of equity assets in the AUM, most profitable AMC label and the parent brand name association, IPO offer price seems to be justified. On valuation perse HDFCAMC is available at 32x PE with 40%+ ROE for last 15 years and expect the similar growth in next few years. We accept that HDFC AMC would report better growth performance in the long run and will match up to its listed group companies performance. Hence we recommend investors to Subscribe the issue with a view of making long term wealth.

Ajcon Global At the upper end of the price band, the issue is valued at a P/E 31 times and P/BV of 10.6x at FY18 EPS and FY18 BV respectively which is at a premium owing to the to the following factors like: a) consistent market leadership position in the Indian mutual fund industry, b) trusted brand and strong parentage, c) strong investment performance supported by comprehensive investment philosophy and risk management, d) superior and diversified product mix distributed through a multi – channel distribution network; e) focus on individual customers and customer centric approach; f) consistent profitable growth, g) Company reaping the benefits of strong operating leverage, h) robust ROE of 33.4 percent in FY18 as compared to other AMCs in the industry, we recommend Subscribe to the issue for long term wealth creation.

Angel Broking At the upper end of the IPO price band, it is offered at 32x its FY2018 EPS and 11x its FY2018 book value, demanding Rs 23,318 crore market cap, which is 7.6 percent of the MF AUM (Rs 3,06,841 crore for the month of June 2018). Considering that HDFC AMC is the second largest AMC coupled with huge potential of MF industry growth, strong return ratios, asset light business, higher dividend payout ratio and track record of superior investment performance, we are positive on this IPO and rate it as Subscribe.