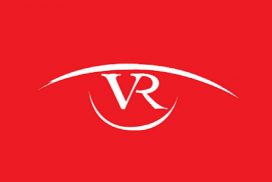 (ii) They also acquire foreign language films mainly from Hollywood and Chinese film industry and dub them in Indian Local language (Hindi, Tamil, Telugu etc.) and then distribute them theatrically or sublicense to sub-distributors across all licensed territories in all licensed languages including English. Dubbing is a post-production process used in filmmaking, video production and animation in which additional or supplementary recordings are mixed with original production sound to create the finished soundtrack for Original and localized content.

(iii) They operate their activities from the registered office and studios located in Mumbai. The company has 3 dubbing studios obtained on rent in Mumbai.

(v) Mr. Manish Satprakash Dutt, Managing Director and one of the Promoters of our Company has an overall experience of over 25 years in the media and entertainment sector.

The Key Managerial Personnel is backed up with the team comprising of 28 employees.

The Company intends to utilize the Issue Proceeds towards the following objects: a) To Meet Working Capital Requirements b) General Corporate purpose and c) To Meet the Issue Expenses
RHP of V R Films & Studio Limited IPO

There is no peer in the market to compare with the company.

Review and Recommendation of V R Films & Studio Limited IPO from IZ Team is : 2/10 [ The financials have shown spike in FY18 just before the IPO is raising concern. The business of dubbing is highly competitive. The issue is priced at P/E of 8.71 on the basis of FY18 financials.]