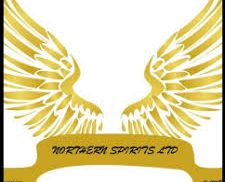 (i) Northern Spirits Ltd. (NSL) had embarked in 2012 on a journey as Northern Spirits Pvt. Ltd to make a mark in the liquor business. Northern Spirits chose New Delhi (NCR) as its business capital, the paradise that constantly brews promises for the liquor entrepreneurs. NCR cherishes the pride of a trendsetting alcohol consumption pattern that has inspired Northern Spirits to select New Delhi as the starting point. And the best thing is that it has been enjoying a business growth of 40% YOY for last 4years.

(ii) The Promoters of Northern Spirits have a commendable experience of more than 35 years that includes: A strong start in Punjab since 1975 and then in Maharashtra through ‘Wine Enterprises’ since 1991. In the year 2002-03 the entrepreneurial Journey of the promoters, commenced in the state of West Bengal, through its Group concern ‘United Wines’ whose Proprietor is Mr. Anuj Bakshi. 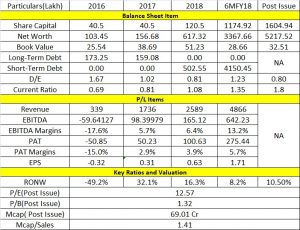 The Company believes that none of the listed companies in India offer products or services across the various business segments in which they operate. Hence a strict comparison is not possible.

Review and Recommendation of Northern Spirits Limited IPO from IZ team is: 4/10. [ The Company has a very good business model and has shown excellent growth. The sector company caters to is ever growing though highly competitive. The valuation looks reasonable in terms of P/E and Mcap/Sales.  ]

Hi MW,
Please help me to understand that when it is mentioned “Market Lot Size 3000” means I have to purchase minimum 3000 shares and then multiple of 1 and so?
Appreciate your help 🤗

Very High receivables in the first 6MFY19. The Total Revenue for 6MFY19 is 48 Cr and total receivables are close to 45 Cr.

NSL is evolving with a widely growing distribution that includes the import of some exotic blends long with its Agency Brands and Franchisee Ownership for some class-apart liquors.

NSL is engaged in the business of importing and distribution of Whisky, Vodka, GIN, Red and white wine, Beer, tequila etc.

The company has done a J.V with South State Beverages, Australia to sell Dan a 500 ml Can with 8% Alcohol to compete with Budweiser Magnum, Carlsberg, Elephant Indian brands.

Phase-III: To be launch in June 2019 in CSD Canteen Army and South India

They are looking at 15% revenues to be generated by DNA.