(iii) The company started its business as a Civil Contractor for the Indian Railways but diversified into electrification in the middle of the 90’s. Ever since the company has kept its focus on the Electrification sector of the Railways keeping in view the vast scope of work in the existing and the untapped areas. 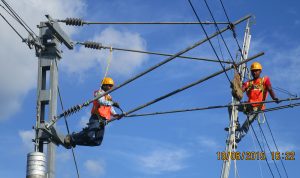 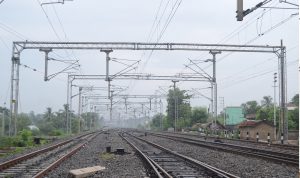 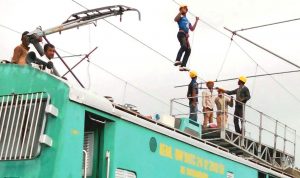 Objective of BCPL Railway Infrastructure IPO are: (i) The Issue consists of a Fresh issue of 42,00,000 Equity Shares. (ii) An OFS of up to 6,60,000 Equity Shares by the Selling Shareholders of the Company. (iii) The objects of the fresh issue are to raise funds to meet the working capital requirements of the company
DRHP of BCPL Railway Infrastructure Limited IPO

There is no peer to compare with as per DRHP.

Review and Recommendation of BCPL Railway Infrastructure IPO from IZ team is : 4/10 [The issue is priced at a reasonable valuation. The company has a strong Balance Sheet. They have a lean FY2015-16 where their revenue has dipped considerably. However, the company has maintained good revenue growth from thereon. The main problem is a difficult market condition, the business of the company is highly competitive, and plus a lot of litigation is pending against the company and their group companies.]

Based on the subscription figure this IPO can be a good candidate for listing gains.

The Company has a strong Balance Sheet.

As per management,
The Company has a setback in the year 2015-16 due to a decrease in operational activity of the company.

RISK in the Company,

(i) As per DRHP Their Group entity, D.S Engineering in which the promoters have an interest is doing the same business as BCPL Railways. So in future, there is no guarantee that conflict will not arise in distributing the business among the companies.

(ii) The business in which the Company operates is highly competitive where the competition is very tough from organized and unorganized players.

Valuation of the Company- Cheap or Costly?

Conclusion: The Company has reasonable valuations.

Debt Story of the Company based on FY18 financials:

Conclusion: The Company has almost debt free. The Long-term borrowing has also reduced significantly in the last 3 years from 3.54 Cr in FY16 to 58.91 Lakh in FY18.

The List of Shareholders offering shares via this IPO

As per DRHP, no listed peer is available for comparison.

Current Projects of the company

2. 132/25kV Traction Substation work at Rampurhat and Dubrajpur in Khana.

and many more, the complete list can be accessed at http://www.bcril.com/CurrentProjects.php

Conclusion: The Company has a very good list of projects in their kitty.